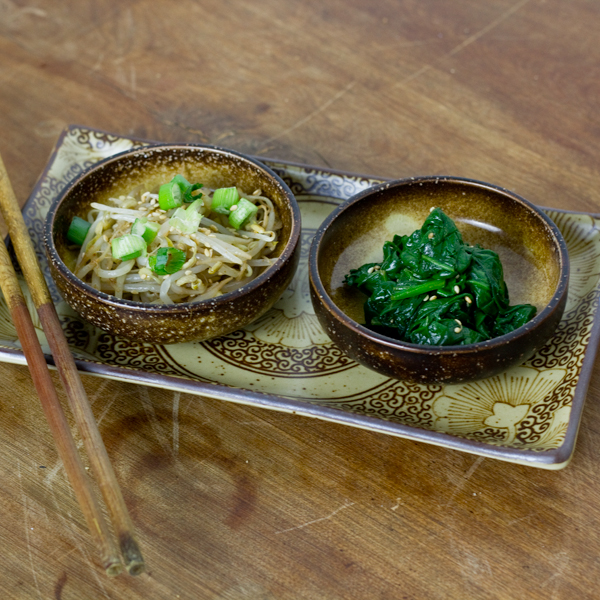 Banchan is the Korean term for a variety of small dishes served as an aside with a main dish or a bowl of rice. Many times when dining at Korean restaurants, your waiter will deliver banchan to your table after you’ve ordered and while you are waiting for your food to arrive. They are always set in the middle of the table and meant to be shared. In some ways, banchan reminds me of the amuse-bouche often seen in many of the more high-end American and European restaurants. Very common types of banchan are kimchi, sesame bean sprouts, seaweed, eggplants, potatoes, and spinach. 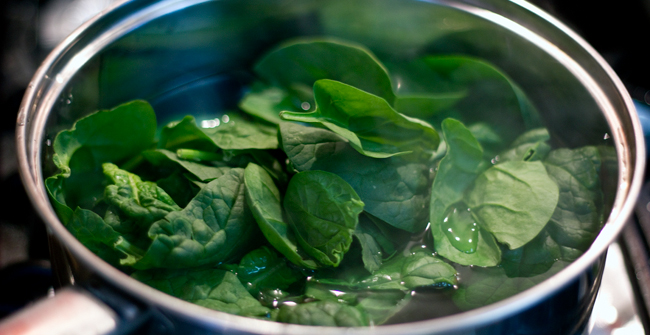 This particular Korean banchan dish is remarkably easy and quick to make. Served cold, the blanched spinach is tossed with garlic and sesame oil and sprinkled with sesame seeds. By blanching the spinach in 30 seconds or less, you retain a certain toothsome texture to the dish, and the sesame oil imparts a great nutty flavor.