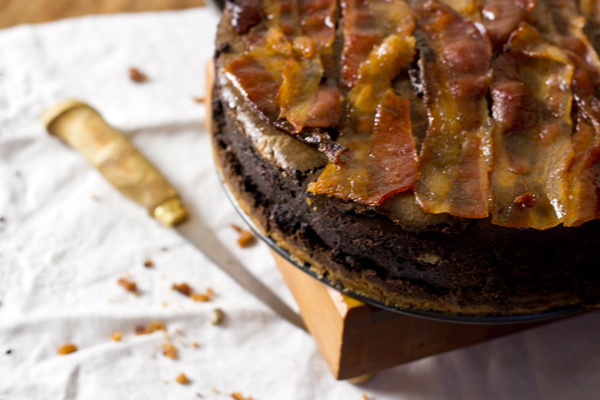 How to Make Beer Candied Bacon 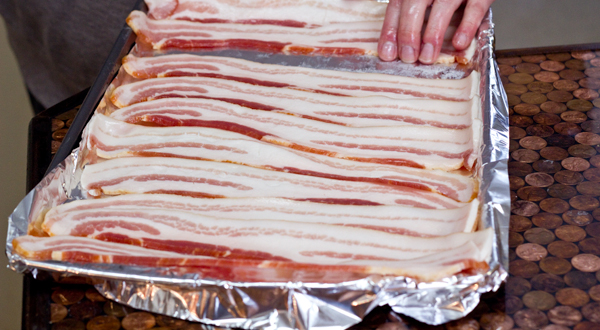 I didn’t read the directions properly and ended up tossing all the bacon in the oven to bake without basting it. So here I had plain old cooked bacon.. delicious, but useless for my purposes. Or was it? Thankfully I had another recipe I was working on that called for plain old cooked bacon (what can I say? It was a bacony sort of day), crisis averted. 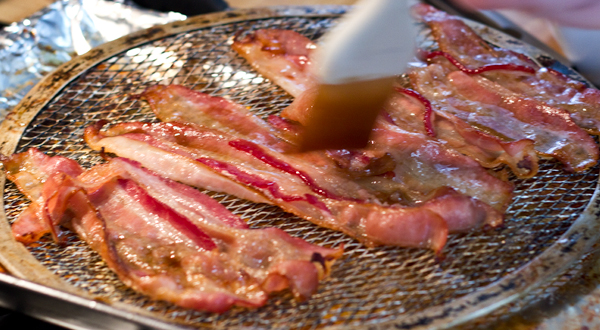 The next issue was that while flipping and basting the bacon every ten minutes for the next hour to get the effect I wanted was great in theory, I just don’t have time for that (who does?!). The Chef was around to get some much-needed advice from, however, and his advice was put more sugar on it.

So while my candied bacon was more like a sticky beer caramelized floppy meat stick instead of a crispy beery crunch snack it was still delicious.

If you want the bacon to caramelize faster sprinkle brown sugar directly onto the bacon before placing back into the oven. Do NOT place the bacon on a paper towel to cool, that stuff is sticky and you will end up with paper towel glued to your bacon.