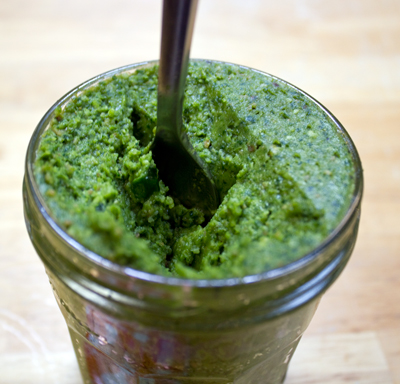 I absolutely adore chestnuts. Granted, I had never experienced them until well into adulthood, but it was instant love when I finally ate my first roasted chestnut. I had spent most of my childhood reading books that described chestnuts roasted over open fires. And then there are the Christmas songs. I felt like I had been left out of this mysterious holiday tradition.

Interestingly enough, the chestnut tree is native to a very small region of northern New Hampshire, where I just happen to live. They were eaten by local Native Americans, and have a long history in America, up until the chestnut blight. In 1905, this blight was accidentally introduced on American soil by an infected Japanese chestnut tree, and the entire population of American chestnuts was wiped out of existence until a small grove was discovered in Georgia in 2006. We have personally found a couple of chestnut trees deep in the forests of New Hampshire in the last year that have returned and begun producing nuts. 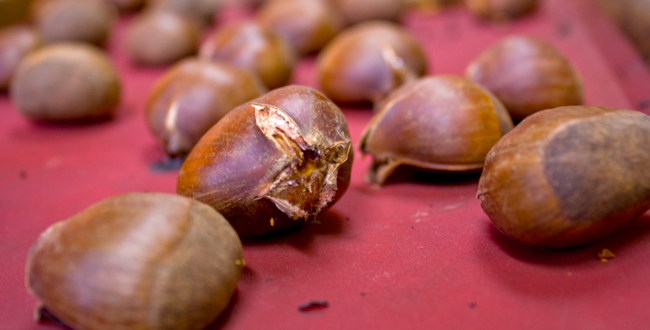 I also adore pesto, traditional or variations. Anything fresh and green with an intense flavor that I can slap on some pasta? Yes, please. So, when I found a surprisingly off-season display of whole chestnuts at the local grocer, I pounced and decided I would try to merge two loves into one experience.

As simple as any basic pesto recipe, this spinach chestnut pesto can be made within minutes using a food processor. Really, the most time-consuming part of this recipe is roasting and peeling the nuts.

Do not wait to peel the chestnuts, as they will be impossible to work with once they cool back to room temperature.