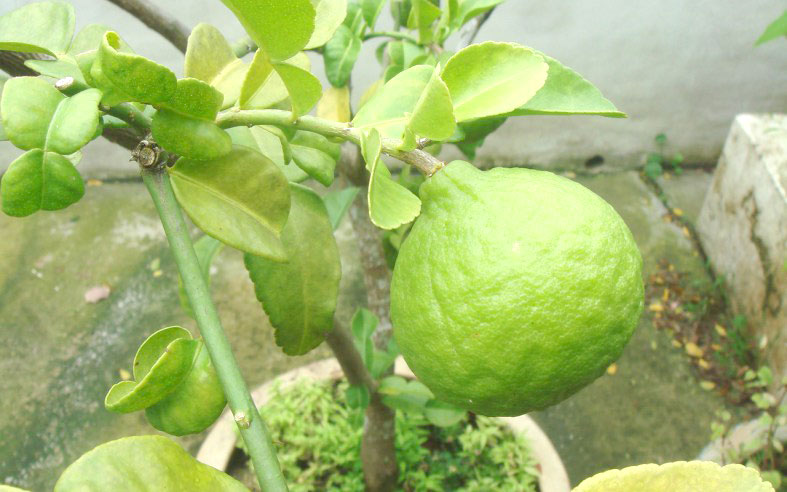 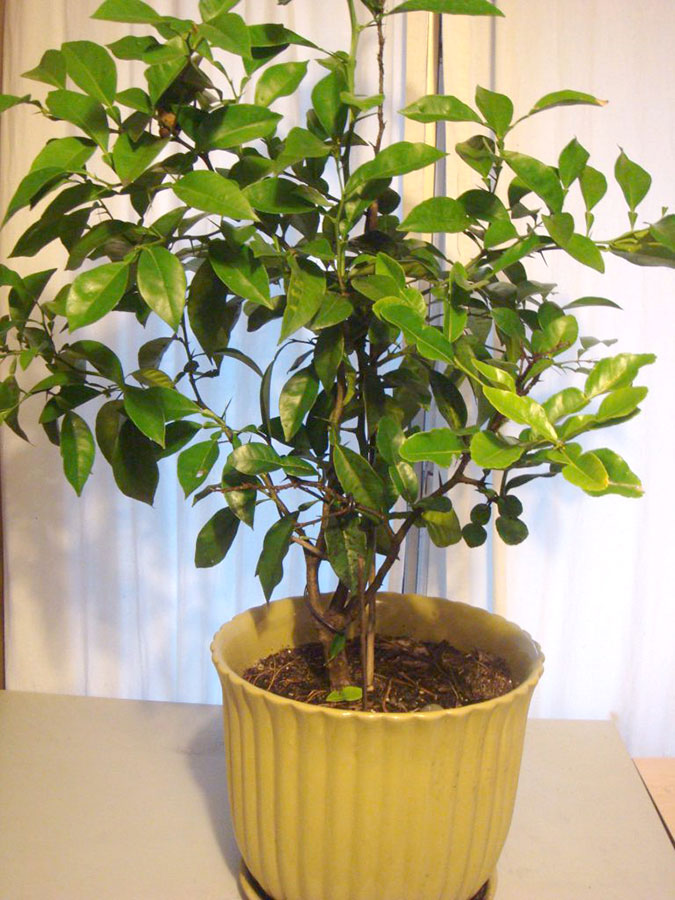 If you own a Thai cookbook, as I do, you will quickly discover that almost every dish in that book will require most, if not all, of the ingredients I’ve just mentioned. Although a large portion of these ingredients can be found at your local supermarket or Asian grocer, you’re going to have a heck of a time finding kaffir lime.

That’s why I have my own potted kaffir lime tree. And, remarkably, that little beast manages to survive year after year in the decidedly non-tropical environment that I call home.

So what’s the difference between a kaffir lime and a regular lime?

Kaffir limes are much smaller than the standard limes you find in the market, with a denser skin that’s incredibly warty. The juice is much tarter than regular limes and it’s loaded with so many seeds you might mistake it for a green pomegranate. Indigenous  to southeast Asian countries like Malaysia, Thailand and Indonesia, the kaffir lime is not prized so much for its juice as the rind of its flesh and the tough double leaves of the tree.

Whenever I decide to yank out the Thai cookbook and whip up a batch of whatever strikes my fancy, I happily attack my poor kaffir lime tree with a pair of kitchen scissors, grab a small stack of leaves and slice them into fine strips. I’ve added kaffir lime leaves to Thai Cod Cakes, and almost every curry dish I’ve made, whether Masaman, green curry, red curry or panang curry.

Be forwarned: When attempting to coax leaves off a kaffir lime tree, be wary of the 2″ long spiked thorns lurking underneath. They will pierce you to the bone without so much as an apology.

STEP INTO THE LIME LIGHT YOURSELF