How to Make Vietnamese Spring Rolls

Vietnamese food is one of my favorites, and perhaps one of the more interesting cuisines of Southeast Asia. Although Vietnam was originally part of Imperial China, the French swooped in during the early 19th Century, colonized the entire country, and introduced their cooking style to the locals. By 1954 the locals had kicked the French oppressors back out of their homeland, but the fusion of both foods and languages stuck like a porcupine in bubble wrap. 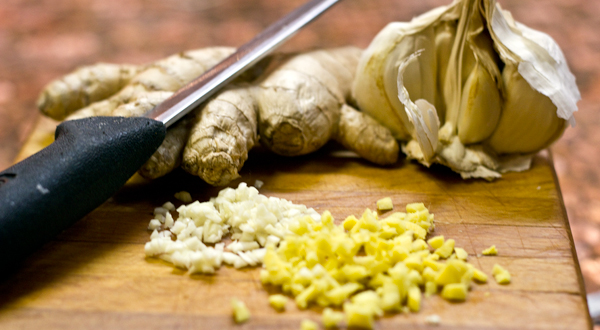 Vietnamese cuisine is most well known for its balance of five elements (metal, wood, fire, water and Earth), corresponds to five organs ( gall bladder, stomach, small intestine, large intestine, and urinary bladder), includes five types of nutrients (powder, mineral elements, protein, fat and liquid). But hey! Why stop there? Vietnamese cooks also try to include five colors in their dishes (yellow, green, white, black and red) and appeal to all five senses with each dish. I’m sensing a pattern here, or at the very least, a lucky number? 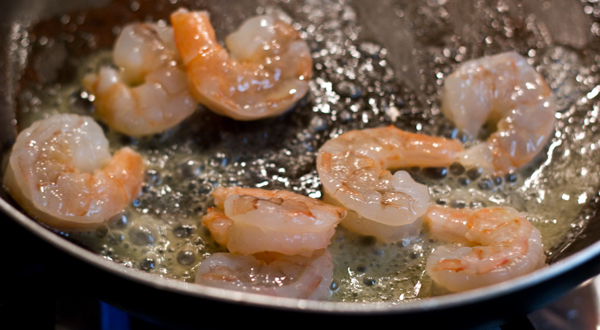 I continually find it odd to experience these fusion dishes as they combine some of the most unhealthy ingredients with some of the healthiest ingredients together into one overwhelmingly intriguing end product. This particular dish doesn’t have much French influence at all, but it’s authentic, stupid easy to make, and tasty as all hell. If you want to check out another one of my all-time favorite Vietnamese dishes, scoot on over to the “It’s Pronounced Fuuuu” page and learn how to make one of the meanest soups on the planet. 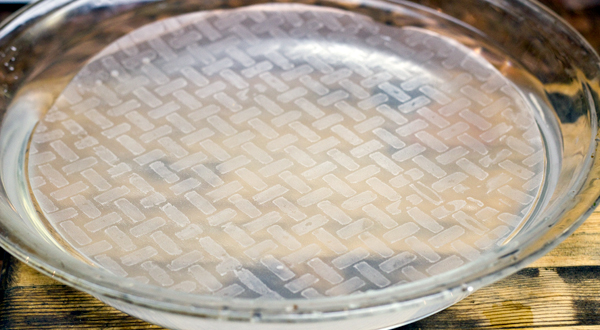 Many years ago I had a friend who had emigrated to America from Vietnam at the tender age of five. His mother confused me when she spoke because everything she said was equal parts English, Vietnamese and French. I managed, on a good day, to understand one to two-thirds of what she was saying. On a few occasions, I was lucky enough to sample her cooking and one day, she made traditional Vietnamese spring rolls. Tasty, simple, fresh, and oh so easy to inhale. I mean eat. 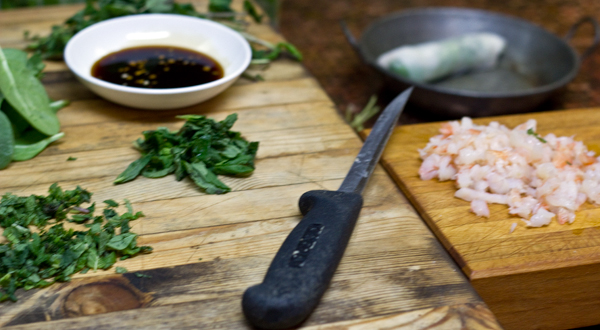 It takes a bit of practice and a delicate touch to handle the rice wrappers after you have soaked them, as they are both fragile and gelatinous. On this particular occasion, I replaced green leaf lettuce with spinach, because that’s what I happened to have on hand at the time. I ended up liking the spinach, but in the end, still prefer the green leaf, as it allows more of the mint flavor to shine through. 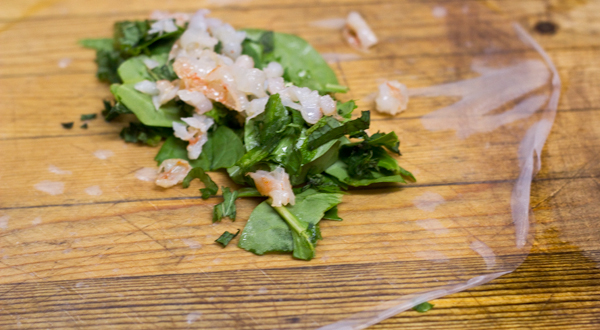 I have never been able to recreate the dipping sauce she made, so I have modified my own. The beauty of this Asian dipping sauce recipe is that you can easily adjust ingredient ratios to suit your own tastes. If I remember correctly, her dipping sauce was heavy on the fish sauce and had an ample amount of chili flakes – making it equally painful and funky. Fish sauce is an acquired taste and a little goes a long way, so if you are not accustomed to its unique flavor, tread carefully. Consider yourself warned. I personally love the stuff but to each his own.

The dipping sauce can be adjusted to taste by balancing all ingredients It's best to make the dipping sauce several hours in advance (or the day before) to allow all flavors to level out.
Fresh green leaf can be replaces with baby spinach