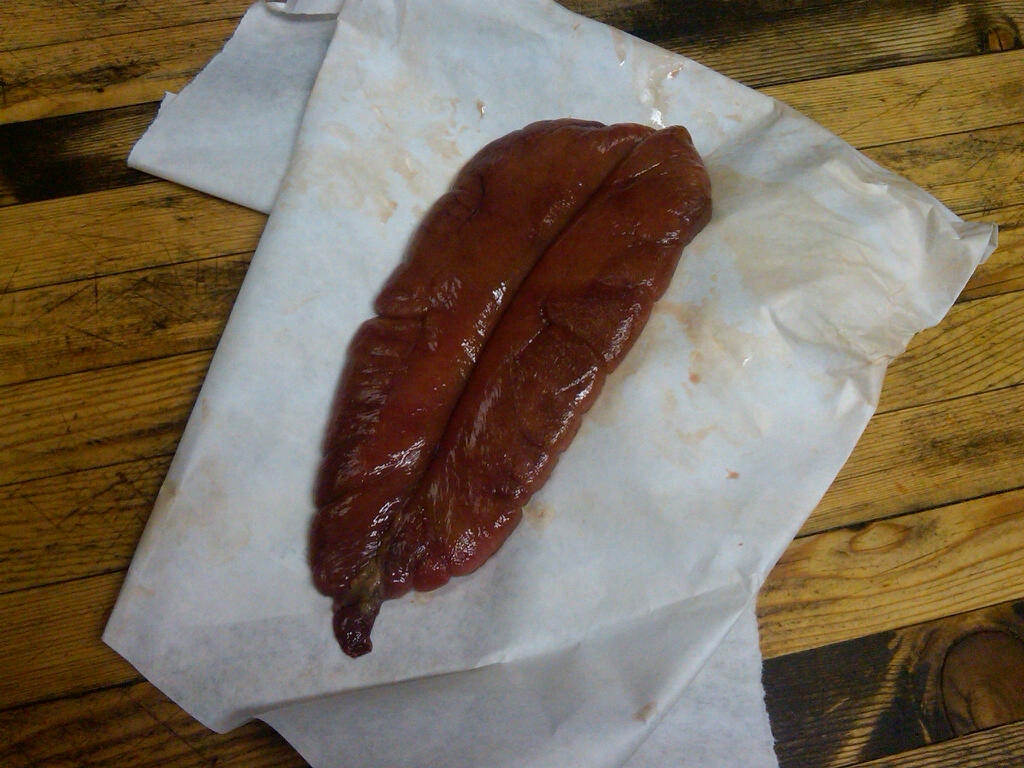 Some signs of spring; Asparagus, Strawberries and Baby Spinach are available year-round in modern America but Shad Roe is intensely seasonal, March-April.

Shad is a large herring that winters in the deep Atlantic Ocean and returns to the eastern rivers in the spring. The egg sacs from these fish are an American delicacy that dates back to early colonial times and is said to have saved starving revolutionary soldiers at Valley Forge. In the first half of the 20th century, shad roe became prized in fine restaurants throughout the eastern U.S.

Along with Ramps and Fiddlehead Ferns, Shad Roe is a wild spring treasure to be savored during a small window that occurs in spring. They’re tasty reminders to us how quickly mother nature picks up and moves forward.

Shad is harvested along the east coast of the US;  Chesapeake Bay, The Connecticut and Hudson Rivers being some of the most valued sources.

Shad Roe is a two-lobed sac containing thousands of eggs. When handled and cooked properly it has a delicate briny flavor of the sea. Shad Roe marries beautifully with such things as bacon, capers, butter, lemon, and cream. Seasonal compatriots, morel mushrooms, and baby spinach pair well also.  Some old school recipes may pair it with a rich mornay sauce, but for the first-time roe eater simple is the best way to go.

When buying Shad Roe (we found ours at a local food co-op) look for a pair of lobes that are firm, uniform in color and smell slightly of the sea. Shad roe lobes have a very thin membrane encasing the eggs and do not hold up well when exposed to very intense heat. For a non-professional cook, the best method to avoid problems is to gently par cook the Roe Sacs before sauteing.